What is the K proximity algorithm?

The KNN algorithm is very simple and very efficient. The model representation of KNN is the entire training data set. Simple?

New data points are predicted by searching the entire training set of the K most similar instances (neighbors) and summarizing the output variables of those K instances. For regression problems, this may be the average output variable, which may be the mode (or most common) class value for classification problems.

The trick is how to determine the similarity between data instances. If your attributes have the same scale (for example, in inches), the easiest technique is to use Euclidean distance, which you can calculate directly based on the difference between each input variable. 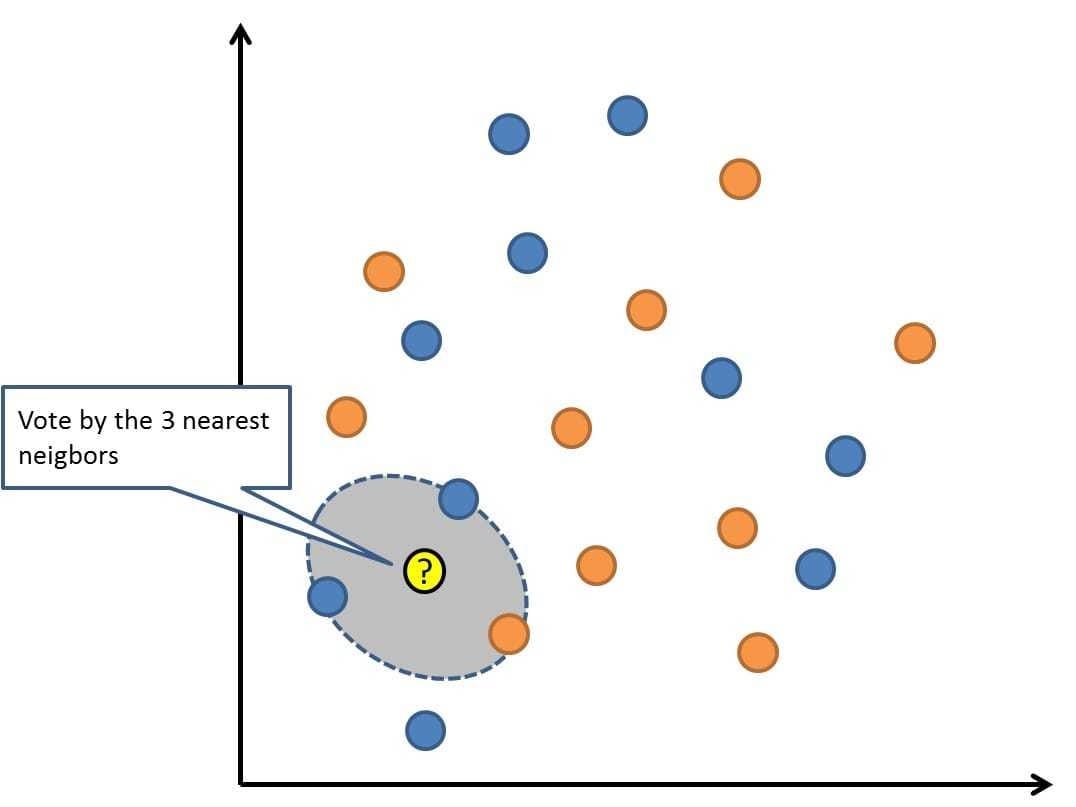 KNN may require a lot of memory or space to store all the data, but only when it needs to be predicted (or learn), in time. You can also update and plan your training examples over time to keep your forecasts accurate.

The concept of distance or proximity can be decomposed in very high dimensions (many input variables), which can have a negative impact on the performance of the algorithm on your problem. This is called the curse of dimensions. It is recommended that you only use input variables that are most relevant to the predicted output variable.

The core idea of ​​the kNN algorithm is that if the majority of the k most neighboring samples in a feature space belong to a certain category, the sample also belongs to this category and has the characteristics of the samples on this category. The method determines the category to which the sample to be classified belongs based on only the category of the nearest one or several samples in determining the classification decision. The kNN method is only relevant to a very small number of adjacent samples in class decision making. Since the kNN method mainly relies on the surrounding limited samples, rather than relying on the discriminant domain method to determine the category, the kNN method is more than the other methods for the cross-over or overlapping sample sets of the class domain. To be suitable.

In pattern recognition, the k-nearest neighbor algorithm (k-NN) is a nonparametric method for classification and regression. In both cases, the input contains the most recent k training examples in the feature space. The output depends on whether k -NN is used for classification or regression:

k-NN is an instance-based learning or lazy learning where the function is only approximated locally and all calculations are deferred to the classification. The ķ-NN algorithm is the simplest of all machine learning algorithms.