What was the original intention of the Turing test?

The Turing test was made because Turing was thinking about a problem:Can the machine think?

And Turing believes that it is possible to create a machine that will think, so I am thinking about the second question:How to judge whether the machine can think?

Then there is the Turing test.

This process is as magical as science fiction, but Turing is such a magical person, if you are interested, you can continue to look down.

What is the Turing test? 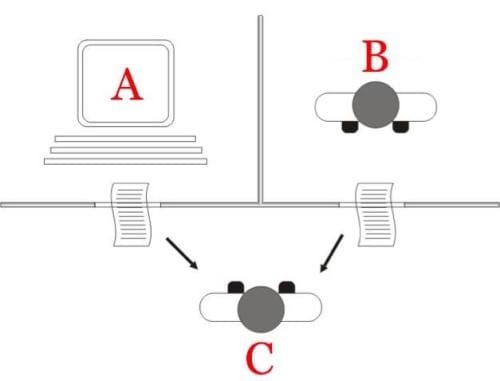 Let a person sit in front of the computer and talk to the other side with the keyboard. If the person can't tell whether he or she is talking to a person or a machine, then the dialogue machine passes the Turing test and has artificial intelligence.

Test standard: 25 minutes of chat time, less than 25 minutes does not pass the test

Instead of developing a computer that simulates adult thinking, it is better to try to make it simpler, perhaps just as a child's intelligent artificial intelligence system, and then let the system continue to learn - this is exactly what we use machine learning today. The core guiding ideology for solving the problem of artificial intelligence. 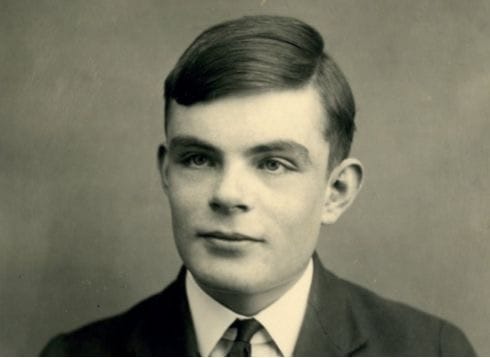 Turing can be said to be a genius in genius, and many of his thoughts have affected so far.

Churchill once wrote in his memoirs that "Turing as the hero who deciphered the Enigma cipher machine, he made the greatest contribution to the Allied victory in the victory of the Second World War."

Turing's cracking system can decipher the German Enigma system in a matter of minutes, and increase the amount of intelligence that the British Wartime Intelligence Center deciphers every month from 39000 to 84000, allowing World War II to end at least a few years earlier. After that, Turing cracked the German's highly encrypted Tunny password. With a powerful deciphering machine, the German military almost all the levels of communication encryption systems were cracked during World War II.

24's old Turing has created a vision to change the world - Turing machine, written in his paper "On the application of digital computing in decision-making problems", Turing machine can be said to be the concept of the computer is fully conceived.

His universal Turing machine concept—an abstract computer that implements multitasking by changing software—has been recognized as the predecessor of contemporary computers, from the first generation of cathode tube arrays to the various notebooks we use today. ancestor".

Turing fell in love with 19's young boy Murray. However, in 1952 year, Allen's same-sex partner Murray and a accomplice broke into Turing's house theft, and Turing called the police. After several rounds of police censorship, Turing acknowledged the homosexual relationship with Murray and was accused of “obvious swearing and sexual reversal”.

In the 1952 3 month trial, Allen admitted his crimes, but he made it clear that he would not regret it.

Turing is also a talented marathon runner who once had the best Marathon 2 hour 46 points.

Even the Turing test has been used today.

The Turing test was invented by Allen Messon Turing, which means that the tester is separated from the testee (one person and one machine) by some devices (such as a keyboard). The tester asks questions at will. After multiple tests, if more than 30% of the testers can't determine whether the testee is a human or a machine, then the machine passes the test and is considered human intelligence.

The word Turing test comes from a paper by Dr. Alan Messon Turing, a pioneer in computer science and cryptography, written in 1950, "Computers and Intelligence," where 30% is Turing's machine thinking of 2000. A prediction of ability, we are far behind this prediction.

In the Turing test, by developing Alan Turing in 1950, it is a machine that demonstrates the intelligence of the ability to equate to, or differ from, one person.

Turing argues that human evaluators will judge natural language dialogues between humans and machines, with the aim of producing human-like responses. The evaluator will realize that one of the two partners in the conversation is a machine and all participants will be separated from each other. The conversation will be limited to plain text channels, such as computer keyboards and screens, so the results are not dependent on the machine's ability to render words as speech. If the evaluator cannot reliably tell the human machine, the machine has passed the test.

. The test result does not depend on the ability of the machine to give the correct answer to the question, but only depends on how close the answer is to the answer given by the human. The test was introduced by Turing in his 1950 thesis "Computational Machinery and Intelligence" while working at the University of Manchester. It begins with the words: "I suggest to consider the question,'Can machines think?'" Because "thinking" is difficult to define, Turing chose to "replace another question with another closely related question." Expressed in relatively clear words. "Turing's new question is: "Is there any imaginable digital computer that performs well in imitation games?" Turing believes that this question is actually an answerable question.

In the rest of the paper, he opposed all major objections to the proposition that "machines can think." Since Turing introduced his test for the first time, it has proven to be highly influential and widely criticized and has become an important concept in the philosophy of artificial intelligence.